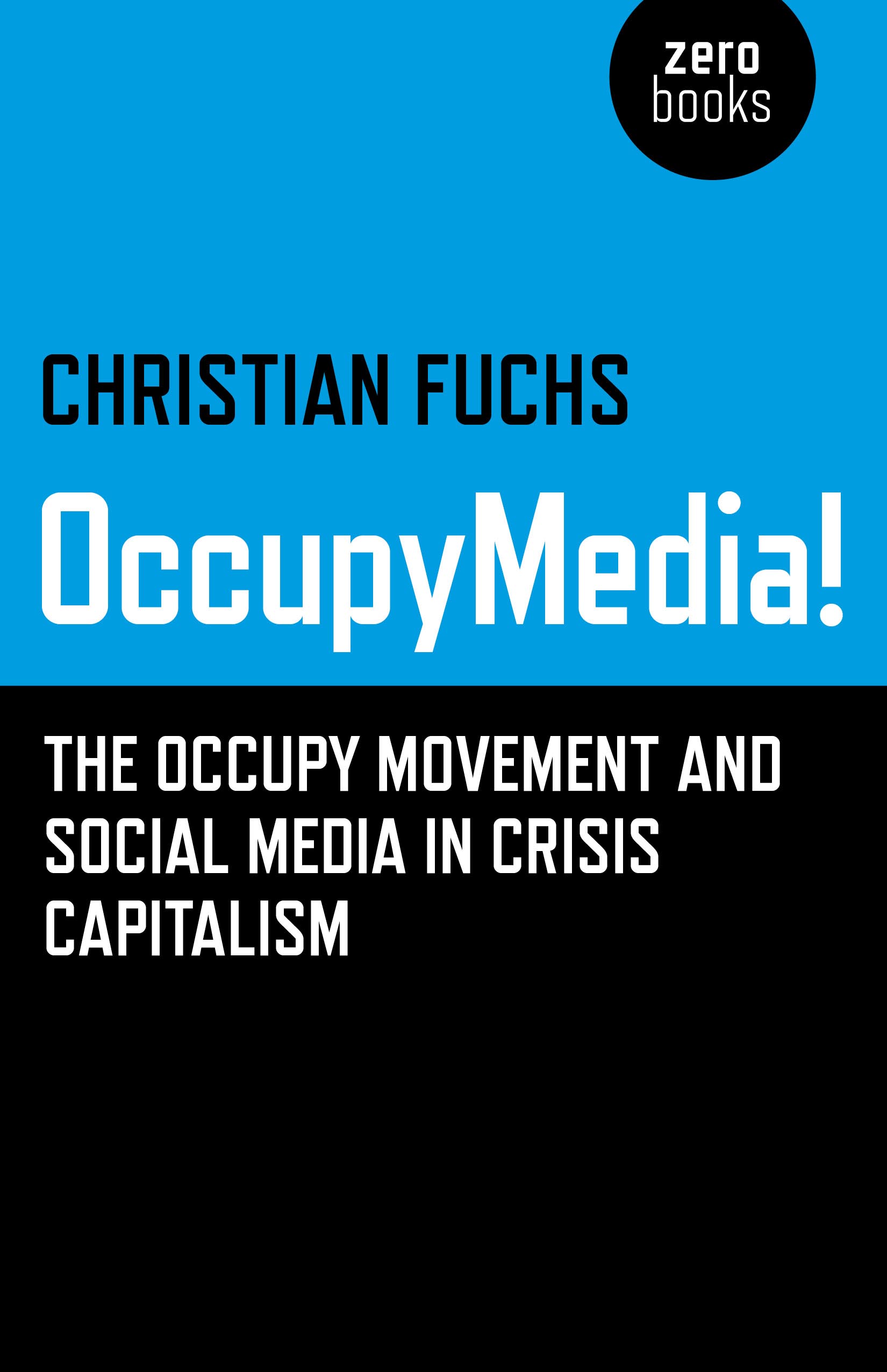 OccupyMedia! shows how Occupy activists confront capitalism and communication in a world of crisis, capitalism, surveillance and social media.

“There have been many attempts to examine the Occupy Movement, but none with the theoretical and empirical rigour of Fuchs’ masterful book. OccupyMedia! offers a critical vision of a world in crisis, a detailed description of the voices of resistance, and a thorough analysis of new forms of communication. The result is a much-needed model for research on social movements and a rich store of information for today’s movement activists.”
~ Prof. Vincent Mosco, Queen’s University – Author of “The Political Economy of Communication” and “To the Cloud. Big Data in a Turbulent World”

“Christian Fuchs has written an indispensable guide – based on new research – to the breaking story of the relationship of the massive explosion in worldwide protest and upheaval and social media. The book is a terrific read and has important insights into the most serious issues facing media scholars and activists. It deserves close attention.”
~ Prof. Robert W. McChesney, University of Illinois at Urbana-Champaign – Author of “Digital Disconnect”

Watch a talk about OccupyMedia! (University of Cambridge, February 2, 2015)

The Occupy movement has emerged in a historical crisis of global capitalism. It struggles for the reappropriation of the commodified commons. Communications are part of the commons of society. Yet contemporary social media are ridden by an antagonism between private corporate control (YouTube, Facebook, Twitter, etc.) and self-managed, commons-based activist media. In this work, Christian Fuchs analyses the contradictory dialectic of social media in the Occupy movement. Drawing on a political economy framework and interpretation of the results of the OccupyMedia! Survey, in which more than 400 Occupy activists reported on their social media use, OccupyMedia! The Occupy Movement and Social Media in Crisis Capitalism shows how activists confront the contradictions of capitalism and communication in the age of crisis and social media. The book discusses the contradiction between commercial and alternative social media and argues that the existence of a surveillance-industrial complex expressed in the PRISM system shows the urgent necessity to create social media beyond Facebook and Google.

1. Introduction: The Crisis of Capitalism

8.Conclusion: Activism and the Media in a World of Antagonisms

Here are the results of tripleC‘s contest, in which participants were asked to point out and envision what is wrong with capitalist social media and how commonist social media could look like. With contributions and images by Carolina Cambre, Mario Haim, Teresa Alves, Han-Teng Liao, Matheus Lock, Tsai Hui-Ju, Jim Fearnley, Patricia “Jav” Zavala Gutiérrez, Shudipta Sharma, Marcin Koziej, Simon Schöpf, and Jonas Jørgensen